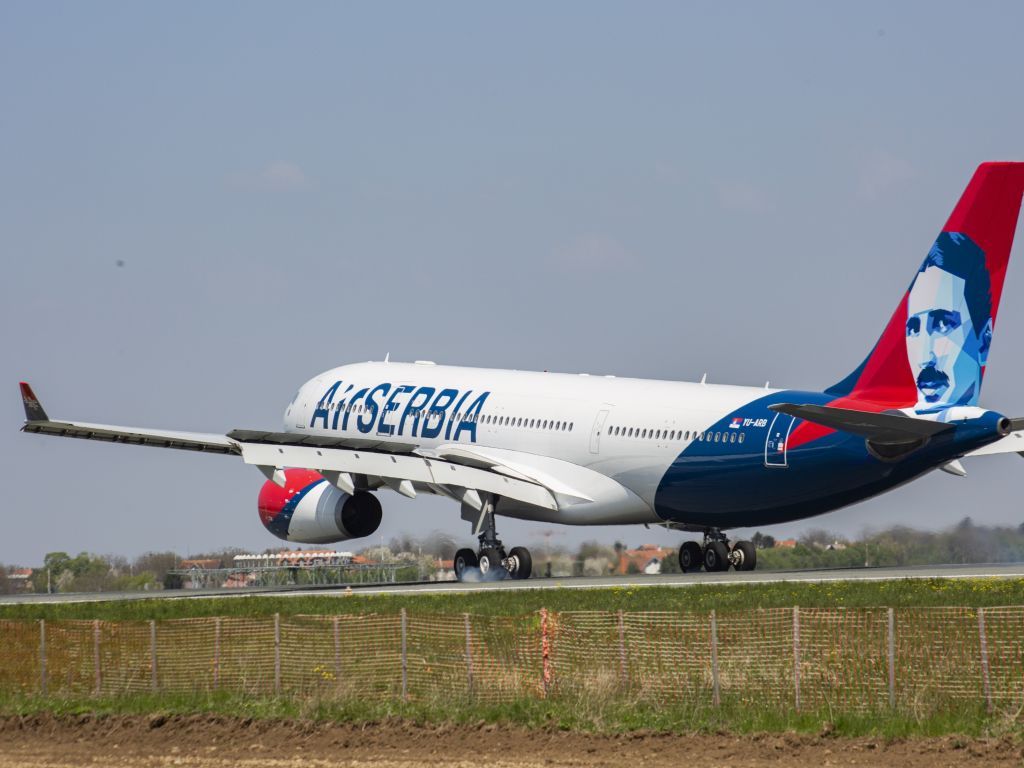 Illustration (Photo: Air Serbia/Luka Filipović)
Air Serbia is continuing the strong expansion of its network by establishing direct regular flights from Belgrade to two destinations in Germany – Hanover from June 3 and Nuremberg from June 6, as well as flights to Salzburg, Austria, from June 7.

With the announced expansion of the network, the Serbian national airline carrier will operate on as many as eight routes in Germany – Berlin, Frankfurt, Stuttgart, Dusseldorf, Nuremberg and Hanover from Belgrade, as well as Frankfurt Hahn and Cologne from Nis, whereby the state is becoming the market with the largest number of destinations for Air Serbia.

– Historically speaking, the German market has always been of great importance for our airline company. By establishing lines to Hanover and Nuremberg, Air Serbia will further strengthen its position in Germany, increase its presence in that country and complement the existing service. On the other hand, the introduction of flights to Salzburg confirms our dedication to the strengthening of the air connection between Serbia and Austria, which is an important market for our country due to the size of the Serbian diaspora, but it also provides excellent options for vacations and skiing – stated Bojan Arandjelovic, Head of Network Planning at Air Serbia.