REBEC 2020: Recovery of Hotel Sector Expected No Sooner Than 2022 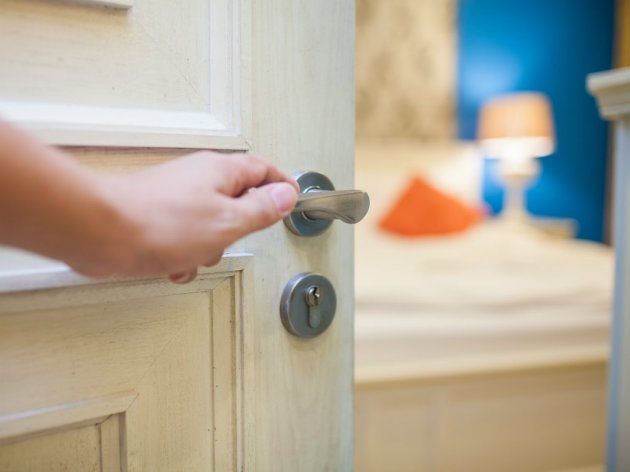 Illustration (Photo: alice-photo/shutterstock.com)
That the situation is tourism and hospitality is difficult, but that one needs to remain positive, are the conclusions from the panel titled “SEE Hospitality Visions (2020-2025)”, held within the REBEC 2020 online panel.

Calin Ile of FIHR presented the situation in Romania and noted that it was not much different from other countries.

– There have been efforts to save jobs, and the government has helped companies pay salaries. The aim was to keep the businesses, but also to regain the clients' trust, so as to stimulate tourism. When it comes to liquidity, the situation is not good, as the banks are neglecting this sector – he said.

He added that another problem was that there is no campaign to stimulate domestic tourism or to attract tourists from the area, as the state has not launched any campaigns. Only vouchers were handed out to a certain number of people.

– Tourism will not be the same, but it will also cause changes in the industry. Tourism must be sustainable, digitized and participatory. I expect us to return to the 2019 levels in 2022 – Calin Ile pointed out.

Hotel occupancy in Bulgaria to be 100%

Lybo Stambolyski of STS. Constantine & Helena Holdings JSC from Bulgaria, whose portfolio is dominated by resort hotels, says that the ratio of local to foreign tourists is 30% to 70%. Coronavirus has caused changes here as well.

– We have closed all restaurants in hotels and we are using those outside the hotels, such as those on the beaches. The guests appreciate and see the benefit of this concept. One of the strategies is not to be closed and to expect capacity occupancy of 100%. Hotels must secure 5% of the space for isolation – he said.

In order to attract tourists, they have also offered discounts and other benefits. Stambolyski points out that they have a clear plan for the crisis, which is analyzed daily.

The coronavirus situation has quickened the plans for the renovation of hotels in Hungary, planned for the next year, said Andrea Rona of Hunguest Hotels. At the moment, seven hotels are fully closed.

– Our two focal points are development and regaining of trust. Expansion in Budapest, but also outside Hungary, is our strategy, but not at the moment. The idea now is to minimize the consequences of coronavirus. In the next three years, we will find our opportunities – said Rona.

She also said that she didn't want to project the deadline for everything to return to the 2019 levels.

– We are preparing a scenario for the autumn and the potential second wave, and we will know more then.

Opportunities to appear sooner or later

Naya Boltetsou of Watson Farley & Williams LLP presented the situation from the angle of a lawyer and said that advice had been sought how to overcome the period when it comes to hotel owners and operators, employees, the hotels' relations with the clients, insurance policies, how a hotel can use the money to boost its operations, how to carry out the refinancing and so on.

– Try not to invest in individual property, but in portfolios or combinations. Opportunities will appear sooner or later – Boltetsou said.

George Scharenatz of Devin doo Budva also believes that each difficulty is also an opportunity, of which there are many:

– At the moment, my main tasks are projects concerning housing and hotels. I am also looking for vacation locations in Serbia and Montenegro, which lack plenty of things. I believe that the prices of building land will drop, as well as the construction prices. We should remain positive and not stop the project, but possibly slow them down and consider a redesign or a restructuring, for example.

The panel was hostel by Marius Gomola of Hortwath HTL, Hungary. He said that hotels should orient more to local tourists. He is disappointed that people don't travel as much as they used to, but expects this to change. He also noted that it was difficult to find labor force.